It’s no secret that we here at the Washington Walrus hold Speaker Paul Ryan in low regard. It’s not that he’s as knuckle drawn and villainous as his contemporary right wingers, but rather that he’s so spineless and tepid in his approaches within this political sphere that he appears lame and useless as a result. In fact, we even covered this last year in a piece on just how pathetic he is, in case you want to read that.

Still, that word feels almost a little too cruel for this boy among beasts. Despite the level of authority and respect his position should merit, he has never really shined the way he should have- that is within the confines of a Republican snowglobe. No, he’s just been there somehow, haunting the halls of Congress like a a specter of mediocrity or Wormtongue-like essence- waiting for justification to leave; a legacy on which he can stand.

Has he achieved any sort of legacy therein? Not really. He may posit that his conservative agenda, with the likes of tax reform, has seen great strides in recent months but this has only haphazardly come to proposal under the tumultuous reigns of a man who pays porn stars to keep their mouths shut. He may argue that he never really wanted the position of Speaker and merely stood in to keep the reigns on the severing factions of the GOP. Even within that framework, he has largely failed- as evidenced by the election of a man he refused to even support one month out from voting. In fact, he has largely traipsed a line of abandoning any so called principles we thought he had in favor of appeasing a president who’s put him down more flagrantly than most political commentators. He may say he’s leaving to be more than a “weekend dad”, but does his family really want him at home?

Okay, so admittedly these musings are a little slanted. Let’s take a shot at assessing a more objective truth:

When one considers these five points, Ryan’s decision becomes all the more logical but truth be told, we can’t determine exactly why it’s time for him to step down. His overturning, like Boehner’s some years back, seems unlikely, given his stature and position within the GOP. Indeed, even his frothy relationship with Trump has stilled, probably owing to his decision to deal with the President increasingly in person, instead of in a public forum. One would hope, he finally came to the realization that ‘enough was enough’, but that seems a rather hapless and gullible approach to understanding this.

It may not matter- at least for now, our attention will turn to who will contest his seat on both sides come November and who, thereafter, will take the mantle of Speaker in January 2019. With many pundits already speculating about a Democratic takeover in the House, liberals will undoubtedly read this as a significant blow to their adversaries but if history has taught us anything, it’s that the GOP always have something up their sleeves (even if unintentionally). 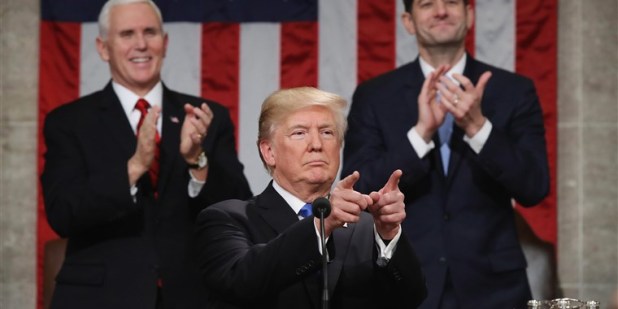