The divide of cultural thinking in America is becoming more and more apparent with every passing day of the dystopian Trump administration. On one side, we have the so-called backwards’ thinking red-necks keeping Kid Rock clocking in the millions and on the other, we have high-minded intellectuals who will take down anything even approaching the shade of intolerance in the comments’ section of their Facebook newsfeed. A few months back, we discussed this latter conglomerate in relation to Clint Eastwood’s denouncement of the millennial generation. Today, we will delve into that ever-relevant subject in the context of the student body and protests at universities; not for any particular instance but because in this new environment, liberals (whose ideas such as health care are widely more popular with the public) must realize that not every little thing is worth losing their minds over.

Colleges should be bastions of free speech and open-mindedness. Third-level education is about exploring new ideas which not only intrigue but challenge you. You do not necessarily have to agree with someone’s line of thought (even the professor’s) but you should be exposed to it because intellectual thought gains credence when it is tested and critical thinking, as we have also discussed before, is pertinent to keeping power and established notions in check.

So how come in many cases, colleges have come to exhibit the exact opposite philosophy?

Well, let’s take a look first at how many students’ intolerance of perceived intolerance has manifested:

Richard Dawkins, the famed biologist and atheist, has posited that political correctness has been replaced by an ‘unofficial’ Orwellian Thought Police. With instances such as the ones mentioned above, he believes that we have seen a ‘betrayal’ of the free speech movement which grew out of Berkeley. This philosophy, for many, undermines the values of a true democracy and lends gravity to the arguments of conservatives who conjecture that the left are out of touch with the common man.

Not all liberals are ‘regressive leftists’ however (to borrow a phrase popularised by Sam Harris.) Many, like former President Obama, have espoused the need for students to balance their ideals with an open-mind. Militant political correctness, he stated in an interview with ABC’s George Stephanopolous, serves as nothing more than a ‘recipe for dogmatism’. Even the leadership of the Civil Rights’ movement, he furthered, ‘sought to understand the views… of the other side,’ no matter how appalling. Students have become ‘coddled’ in today’s world, he asserted; a view shared by the likes of Robert L. Shibley, the vice-president of the Foundation for Individual Rights in Education (a non-profit organisation), who stated: ‘Colleges and universities are teaching students to think like censors… [fueled by] overboard harassment policies, free speech zones that render most of campus a censorship zone, and a focus on civility and comfort at the expense of lively debate’.

On the flip-side to be fair, one can argue political correctness has been born out of necessity. After all, hateful or embittered rhetoric can be influential- just look at the effect it had in driving anti-semetic practice in the 1930s. Plus, the need for racism or any alternative forms of exclusiveness is about on-par with the need for two more season’s of The Big Bang Theory. (Seriously, cancel the f*#$ing thing already… not to make light of this…) Let’s face it however; universities err on the side of caution a stretch too far. It may be because they have always been havens of progressive thought; it may be because the media thrives off sensationalist stories; it may be the power of a group mentality; and it may be because even the slightest association of a racist, homophobic, or sexist thought is enough to ruin one’s social standing today, but such thinking does not always precipitate action.

Free speech is ‘indivisible’ for Mick Hume, the author of Trigger Warning: Is the Fear of Being Offensive Killing Free Speech? When one makes it a ‘privilege’ and not a right, ‘who are you going to trust to make the decision about where to draw the line through [it]?’ That does not mean we should allow bigotry, sexism, or any other forms of discrimination to thrive but if their preachers or their ideas have gained enough momentum, why not give them a forum from which to be challenged? Why not ask Condoleeza Rice, herself, about Iraq? Because her answer will offend you? It’s high time we ditched the emotional baggage of our PC culture and adopt an idea so foreign to America today, that you would swear its visa had been suspended- reason. 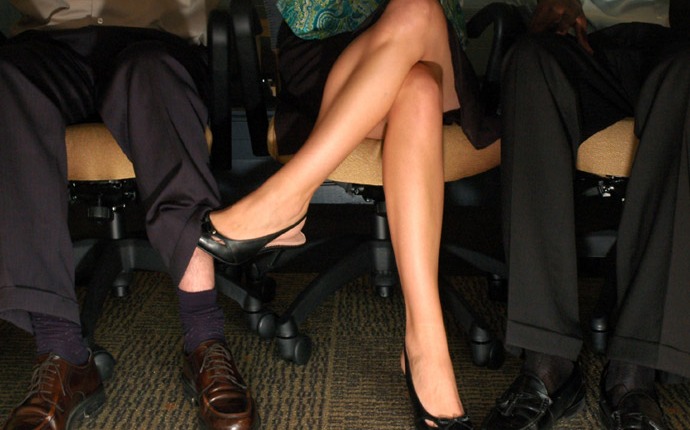 “Kim K. wore WHAT to this Holacaust remembrance dinner?-” 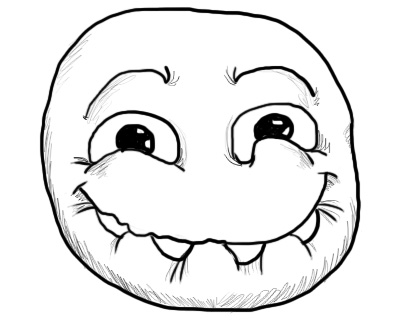 A black dress… or something like that. I’ll be honest though- this headline is made up. I merely employed the use of this not-so sensational teaser to entice you to click on- or in this case, read on- so that I may gather more views and thus more revenue from advertisements to continue this farce of what is now largely accepted to be online journalism.

Of course, this kind of miserly trickery is not proper journalism and we must distinguish between quality and crass. The problem is however that clickbait and its affiliate tropes are infecting the mainstream media we rely on. Not only do these types of articles diminish the once respected nature of the profession but with their often inaccurate projections, they blur the lines between real, fake, and satirical news, thus giving credence to claims like Trump’s that the media, as a whole, cannot be trusted. How did we let this happen?

Firstly, journalism is a lot more flexible than it used to be. Yes, it is still a college course and yes, there are still exceptional reporters in Iraq but there are also many more freelancers and bloggers, who slunk through when the floodgates of social media opened. Some of them have been exceptionally innovative and clever, outside the old model but just as Youtube has allowed for the best (kind of) and worst of today’s entertainment, so has the blog-o-sphere given rise to the truly inhibited. So how does one get their voice to be heard then in such a swirling vortex? As a BBC piece on clickbait put it; ‘[it] is a golden rule of journalism [taught from the beginning that]… your introduction should grab the reader straight away.’ This is nothing new- you sensationalize and provoke with an outrageous title. Tabloids have been doing it for decades. Tabloids, however, could never wholly surmise what exactly the rabid gossipers were flicking through to. Online articles can.

Even sensationalism alone won’t do it now however. The public have grown accustomed to bank robberies and murders. What works better, as Wired put it, is ’emotional arousal.’ We click on to many of these articles, whether they deal with some phony hair regrowth method or how to tell if someone ‘can’t even’ in a specified situation, because they provoke our curiosity and elicit a response in us. Mankind, by its very nature, is uncomfortable with not knowing, especially when the answer is just a click away. Yet, we are manipulated easily and many online sites capitalize on this, resulting in fast-food journalism.

This could have been just a silly side-show to the dominant force of actual journalism. In recent years however, newspaper sales are down, broadcast ratings have fallen, and people have increasingly been getting their news online, via their Facebook newsfeed. This is very dangerous. With Facebook, we can choose to follow and unfollow whatever suits us. News is not designed to tickle our fancy and play to what we agree with though. It’s designed to inform on important subject matter. This partly explains why 2016 was such a politically divisive year. The people stuck to either the Republican or Democratic camps and whatever fell between became no-man’s land. The mainstream media, too, when it was most needed, played to wherever the action followed. Why else was Trump given so much coverage, even before the Primaries rolled out? Why else were the most important issues such as the Wealth Gap and Global Warming continually ignored? They are not alone to blame of course; we too, chose to accept the framework in which this circus operated because otherwise, we would have been forced to think critically and engage with complex, adult dialogue.

The results stand as such; the US now has a demagogic sociopath for a leader and a media with no sure confidence. They lost their credit, according to Bill Maher, because they became ‘eyeball-chasing click-bait whores’ and to restore that, they will need to go through a period of self-examination and self-improvement. As Jon Stewart put it, they should ‘take up a hobby. I recommend journalism.’ I agree with Jon. Alexis DeTocqueville wrote in Democracy in America, the press is one of the most integral facets of a free society. They are needed to hold those in power to account. Even, George W. Bush has asserted this lately and he hardly had a rapport with them.

The remedy to this ailment is simple but it will take time. The press needs to focus on reporting the important and proper news, even if it means losing a few hits. The public need to mature their interests and curb moronic list-based articles, Buzzfeed exposés, which peripheral Friends’-character-are-you based quizzes, and Facebook videos explaining brief, trivial news (by the way, Emma Watson was ‘very excited’ to take on Beauty and the Beast). Real news is often grim and unpleasant but burying our heads in the sand is never an acceptable solution; not when there is so much at stake, as there is now. Curb your outrage too- headlines like Christopher Hitchens’ famous ‘Why Women Aren’t Funny’ may elicit instantaneous backlash but when you read the actual article, you may find something deeper and more intellectual afoot. Outrage, as a form of sensationalism, is a self-multiplying currency and even three angry comments can eclipse a hundred measured responses. Use this currency well. Do not comment some diatribe about whitewashing with Matt Damon in The Great Wall. There are giant lizards. Save it. Please. Clickbait may seem insignificant but you know what?-