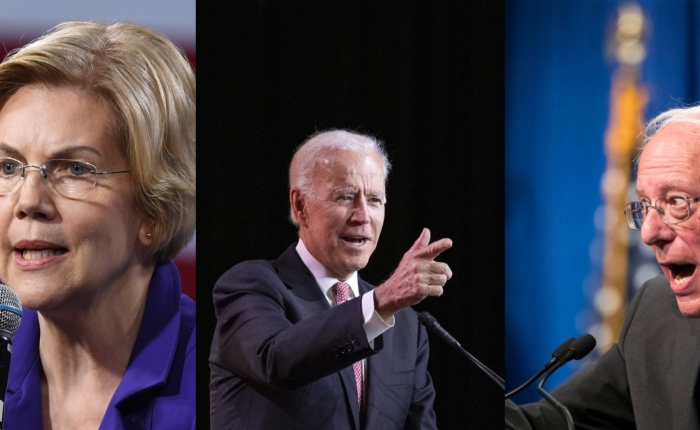 17 months yet remain till the deciding vote is cast for the next president of the United States, if indeed, there is one (and if there is indeed still a democracy). Just about every key Democrat figure you’ve heard of has their thrown their name into the ring with over 20 candidates now declared. With this wild assembly threatening the already weakened image of the excuse-me-sir-is-this-gluten-free party, a plan is now more important than ever. This is why there will be two Democratic debates held this week… yes, two… and with 10 candidates apiece. Will they resolve some differences and set a standard goal with which to hammer the incumbent? Or will they sully the already murky waters of their objectives and philosophies? Let’s investigate.

Essentially the B-side to the following night’s debate, this is Warren’s chance to shine among a field of relative obscurities (on the national stage). She is seen as a far-left choice by some and too economically-minded by others but her rising stardom coupled with her no-nonsense resolve makes her an inviting alternative to Sanders, whilst also carrying the torch of those determined to see their first female president. In my opinion, she could make for an excellent president (polling behind Biden and Sanders) but her anti-Wall Street sentiments and lack of (let’s say) wackiness gives her a challenge of image for the undecided. Unfortunately, I could see Trump painting her as a weak-minded loopy socialist of some sort.

As for the others, I don’t want to exactly disparage or dismiss them but when your strongest challenger shoots for Dukakis-like photo ops (see below) and just lost a Senatorial race to slimy Ted Cruz, it’s difficult to see them going far. Still, Beto O’Rourke is an affable candidate, in many people’s minds, and his youthful image could provide a much desired contrast to the dinosaurs dominating American politics today.

The media’s attention will undoubtedly be placed on drawing distinctions between Biden and Sanders; the two front-runners wrestling for the soul of the party. Will the more centrist slick politics of the former VP fare well or will the should-have-been nominated choice of the left topple him? For many, it’s essentially Clinton-vs.-Sanders part two. Biden, however, is no Clinton. Yes, he is not as liberal as Sanders or Warren but he’s also not as rehearsed and guarded as the former Secretary of State. Biden’s appeal lies in his compassion and relatability; something someone who’s been as involved as he has (and for as long as he has) should not have. People like him. He could probably hold his own against Trump the way others might not. His main problem, in these debates and the primaries, will be in overcoming controversies relating to past decisions (certain votes, Anita Hill) and behavior (the whole massaging people’s shoulders thing) but these are essentially overblown by the woke no-context trolls of the internet. Let’s remember, before we injure another promising candidate, that people’s attitudes were different in the ’80s and ’90s and that whatever any of these people have said simply does not compare to what the current president is actually doing. 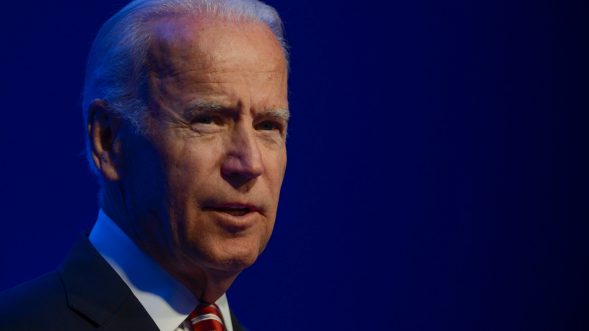 Enough about Joe though. Let’s move onto Sanders. He was my own preferred candidate back in 2016 and a part of me would love to see him become the next president but honestly (and sorry), some of the magic has worn off. It may be the fact that the democratic base has become more liberal (thanks in large part to himself), making him just another voice among the throngs; it may be that some of his ideas (free tuition) just don’t seem practically attainable; it may even be that I’ve just heard his message too often- but the level of excitement surrounding his run just isn’t what it felt like four years ago. Perhaps, I’ve become jaded. I don’t know. The important thing to remember is, and you can find this in the polls, that he stands a very good shot. Some liberals need to be reminded that although yes, he is another white old man, he has been the most committed champion of their causes (something his team keeps prodding about on social media). His fans, then, also need to be reminded that it does no good to act like a whiny little bitch and refuse to support whoever beats him. Let’s also not make age an issue. Biden’s one year younger than him and Trump is 73.

Besides those two, some of these candidates are intriguing, if not yet convincing. Pete Buttigieg, for instance, is a 37-year old gay/veteran/liberal mayor, who’s drawn a lot of attention for his eloquence. He sounds smart and he can’t be pinned down to one specific picture; almost the perfect contrast to Trump. The problem is nobody really knows what he’s all about. Remember kids, identity politics isn’t everything. Then there’s Kamala Harris, one of the earliest candidates to declare. A former prosecutor, she’s a tough one, who for all her law experiences, gains all the more credibility in her attacks against Trump. Andrew Yang has meanwhile discerned himself from the rest, putting ideology aside, to focus on universal basic income and the decreasing number of jobs available in America. This seems common sense but pundits and commentators sometimes forget how crucial economic matters are to voters’ minds. This is worrying, of course, because the economy is actually doing well, thanks to Obama, but credited by Trump to Trump. Democrats can’t let the president seize this victory.

It’s early days yet. Although I’ve only focused on a few candidates, everyone has a chance to shine up on stage. Nothing’s guaranteed. Someone could, for instance, fart and break down right there and then. Someone could do a George Bush and run two words into the one. Someone could do an Al Gore and look smarmy for just a moment too long. Anything’s possible.

In some ways, it’s ridiculous that these debates are happening as early as they are and in some ways, it’s a good thing. The Democratic party has not tended to unify as solidly as the Republicans have in the past. After all, look how quickly everyone abandoned their principles and got behind Trump in 2016? Despicable but remarkable. The democrats need to stop shooting their own. If Biden’s a little too centrist for you, so what? He’s a lot better for your country than Trump is. Is Warren not exciting enough? It doesn’t matter. She’ll get the job done well. Democrats failed to resolve the conflict between their own ideals and the bigger picture back in 2016 again. If they fail this time, then America will truly be granted the president it deserves.