The concern surrounding the climate change crisis seems to finally be reaching its target audience, the world. This is in large part thanks to Swedish activist Greta Thunberg and her powerful campaigns as well as a growing consensus on the part of liberals that bold action is needed ASAP. So which Democratic candidate has the most to offer future generations in this debate and which plan should we be standing by? It may be a matter of simply adding the numbers against scientific projections but unfortunately in the world of Washington, political capital is just as important.

Bernie Sanders, the wild haired independent from Vermont, has naturally put up the largest number in his addresses to tackling this issue. His plan would involve spending $16 trillion over the course of 15 years, aiming for zero emissions from transport and power generation by 2030, while supporting the Green New Deal proposed earlier this year. Elizabeth Warren is rated highly by GreenPeace too; she too desires 100% clean energy and has tied her approach into a more general economic restructuring. Some candidates like Andrew Yang and Beto O’ Rourke have also discerned where funds should be appropriated for coastal inhabitants being relocated and measures being implemented like sea walls, acknowledging that the crisis is already at hand. Indeed, most of them agree that clean energy, disaster relief funds, and taxation will be necessary to some degree or another; where they differ is in funds (Bernie’s plan costing the most, Joe Biden’s $1.7 trillion among the least) and attainable goals by time (Bernie’s being the most ambitious with the likes of Julian Castro’s or O’ Rourke’s 2045/2050 in contrast.

They’re all more or less admirable approaches and where specifics arise, like Biden’s plan for half a million renewable power stations, there is some room for hope. But not too much. Yes, there has been a 17% growth since 2013 in Americans seeing climate change as a major threat and yes, there is a rise in renewable energy in parts (e.g. in wind turbines in Texas). Unfortunately, there’s also been an increase in energy consumption, with 2018 seeing a significant spike as a result of post-recession spending (with the last peak year being 2007). As of last year, petroleum and natural gas still dominate this consumption, with renewable sources adding up to a mere 11% (Energy Information Administration). Plus, although 3/4 Americans now believe in climate change (a still embarrassing figure), only 56% Republicans surveyed in August (by AP VoteCast) agreed, with even less (41%) believing human activity was a factor in this.

The odds are not great, especially with the way the Senate is tilted currently and time is running out for the nation that produces 15% of the world’s emissions. To effectively tackle the crisis, a World War 2 level of mobilization will be needed. Perhaps in an economic model of some kind then, we can place our best faith. After all, wind and solar and hydro-electric energy make sense, whether you believe the science or not. Coal is not making a comeback, despite what Trump may have suggested and fracking is coming under an increasing amount of scrutiny. Over half the candidates are for a ban in that area (Castro and Klobuchar support limiting these resources).

The next president, God willing, will face America’s and the world’s greatest challenge. For all the fear-mongering rhetoric the right and idiots would associate with such a statement and what Greta Thunberg has said, the reality is alarming. So should the candidates propose these measures with an air of restraint, lest they alienate voters, or put it out on the line, with the severity it deserves? I hope it will be the latter. After all, the Democrats finally started to impeach Trump, they won the House handily in 2018, and they’ve brought ideas like Sanders and Warren’s into the mainstream (a far cry from five years ago). Hillary tried to walk the line, the same way so many Democrats have in recent decades, positing a centrist alternative to issues the Republicans had the mic on. This time, the Democrats need to be strong and unapologetic because for all the urgency of their other priorities, e.g. health care, climate change is the only one with a non-negotiable time frame. 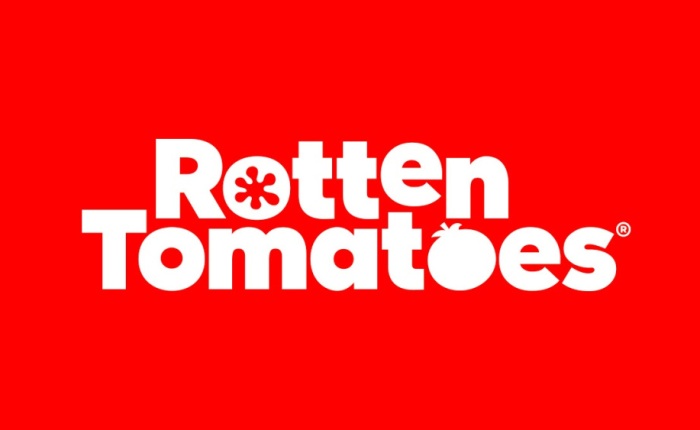 There’s something rotten about Rotten Tomatoes. The film review aggregate has dominated the face of recent film criticism with an air of unwarranted legitimacy that needs challenging. Why? Because a) it’s reducing complex opinions down to simple yes’s and no’s and b) it may not even be doing so without some front or agenda on the part of its so-called “top critics”.

First and foremost, let’s be clear because I don’t think a lot of people know this. A movie with a 90% score does not indicate an A-grade consensus on the part of its critics. It means 90% of the certified critics eligible to be granted inclusion gave it a positive review of 60% or more (3 stars plus); therein deeming it “Fresh”. This, in turn, means you can make a pretty decent movie and get close to 100% without making anything particularly phenomenal, especially so, if you touch on the hot issues of the today which critics lap up greedily. Thus, you can market it with its score which so many producers have taken notice of recently.

But wait? Isn’t it just a case that if you make a bad movie, the people will then know about it and if you make a good one, albeit without much budget, you can build a prospective audience? There’s no denying RT has its advantages and for the most part, I’d say even the critics’ scores align with my own (even though the metric, as stated above, is sometimes misunderstood). Art, however, is not so easily digested and that’s where the problem lies; in the simplification and homogenization of such criticism.

For instance, Darren Aronofsky’s Mother! (2017) was given an F grade on CinemaScore, affecting its box-office performance on release. While it’d eventually climb to 69% on RT, the damage was done because of reports of audience members walking out, perturbed by the uncomfortable imagery of the movie. The director intended it to be a challenge. Anyone, with any sensibility, could tell this was something different and yet, a broad picture was painted before it was given a proper chance. Martin Scorsese, in a 2018 op-ed for the Hollywood Reporter, lamented the rise of this form of criticism, writing that “[they] rate a picture the way you’d rate a horse at the racetrack… They have everything to do with the movie business and absolutely nothing to do with either the creation or the intelligent viewing of the film.” We should always pay heed to Martin Scorsese. He’s a proper director. And he has a good point too. There was a rush to judgment on a movie that needed a bit more time for reflection. Has anyone else’s opinion of a movie they’ve seen changed over the course of a week, a month, or even a year?

Of course, film criticism cannot be wholly objective. Meryl Streep had a good point when noting the disproportionate representation of male opinions clouding viewership of her film Suffragette (directed primarily at a female market). There are other cases too where certain markets are targeted; where broad critical praise is not mandated. That’s where RT audience score comes in and where the gulf between snobbery and entertainment value becomes apparent.

I refer now to Dave Chappelle’s new Netflix special, Sticks and Stones, a title reference completely lost on the 12 critics who gave it 25% on RT. The problem, they saw, was in its “nastiness” and its mean-spirited treatment of the Michael Jackson accusers, “cancel” culture, equality, and the LGBT community. They weren’t happy because it wasn’t “woke” enough and although Dave Chappelle is a comedian, tackling controversial subjects, they couldn’t appreciate the comic value of it. Does that make me narrow-minded like him? Well, the 25,000+ audience reviewers who certified it 99% Fresh on the Audience meter would disagree.

This led me to reconsider whether the “haters” of years gone by had a point in saying Marvel gets a degree of favoritism from critics that the DCEU crowd do not. Then, I remembered how bad Batman v. Superman, Suicide Squad, and Justice League were and I thought, okay… no, the critics were right on those ones. A part of me suspects though that they are afraid to criticize the Marvel movies. Like Captain Marvel, that’s a pretty meh affair all in all and yet 78% of critics gave it a “Fresh” score (against 54% audience). Are they afraid to criticize it, I wonder, because it’s a female-led superhero movie, which is something we feel we should be encouraging as a society? Similarly, there’s a bit of a contrast in the 69% vs. 45% critic-to-audience dichotomy of Ocean’s 8 and 74% vs. 50% of Ghostbusters (2016 female reboot). Maybe the critics are just more progressively-minded than the audience reviewers (who are a majority male).

We can find ourselves in complex and controversial territory here, considering the male-majority influence on criticism in both aisles and to that end, there may be no solid conclusion. In recent years however, I have noticed an increasing trend in reviews focusing on the subject matter rather than the entertainment value of a film however. For example, with Quentin Tarantino’s Once Upon A Time In Hollywood, most the reviews I read started with an essay on the depiction of Bruce Lee (5 minutes of a nearly 3 hour long movie) or lack of lines given to Margot Robbie’s Sharon Tate or the explicit use of violence, as if to dictate what they felt should be the movie. Similarly, this year’s best picture winner, Green Book, was widely evaluated for whether it was culturally appropriate or revised enough for today (despite being set in the 60s).

It’s not a case that these critics are stupid or ignorant of good art. They just seem to be afraid to speak their mind at times, wary of a social media audience that will tackle them on each and every transgression less they commit the crime of not acknowledging how great and inclusive some recent films have been. For all this clambering, the lack of authenticity is becoming crystal clear to audiences though. You can tell someone what they should like all day long but in the end, nobody’s going to stop loving Love Actually because the Prime Minister gets with his PA or The Breakfast Club because Judd Nelson chases Molly Ringwald around or Psycho because its treatment of the mentally-ill is problematic.