I imagine Trump is quite relieved that his 9-day stint in foreign policy is over. Most assuredly, his staff will be cajoling him with ‘true’ news reports that things went ‘just fabulously’ and that it won’t be necessary to head outside of the US any time soon. Now, some of the more cynical ‘thinkers’ of the World Wide Web might be positing that these trips were anything but great with either his hypocritical change of rhetoric being brought into question or else his general disinterest in world affairs. To be fair to the 70-year old year renegade however, he had to endure countless conversations with God-knows-how-many al-somethings in the Middle East whilst others sullied up the good name of Mar-a-Lago. Can’t we give him a break? Well, let’s look at how things went to begin with: 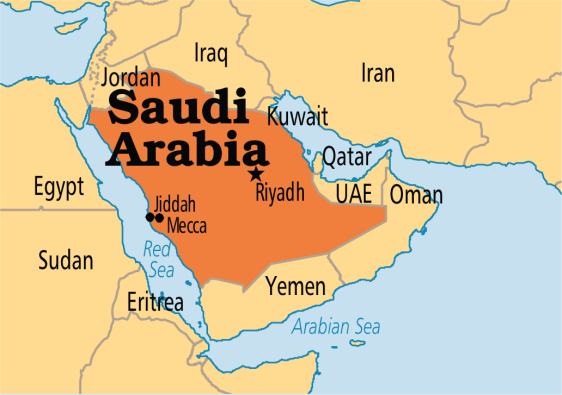 It’s not the friendliest neighborhood and most presidents usually don’t choose it as their first foreign destination but you know Trump- straight to the grit! Of course, even he needed a little context for this one as Saudi Arabia has had a long and complicated relationship with the US. They’re the kind of bad-boy BF you know you should give up but they’re always there when you need them and with the goods (oil). Yes, it’s one of the most disappointing alliances the US has ever pursued but it doesn’t look to change anytime soon, despite slight withdrawals in recent times, including a $400 million arms deal last year (when it became apparent that these airstrikes in Yemen weren’t all that popular).

Not only have over 10,000 people been killed in these assaults in the last two years, but 17 million people are now facing starvation, according to the UN. On top of that, they consistently rank low in the Amnesty and Human Rights Watch reports on other matters like freedom of speech and women’s rights (though Ivanka did note they had made some progress, if you want to take her word for it). Even former US ambassador Robert Jordan (a Bush II appointee) remarked how the ‘humanitarian’ aspects of this conflict were being outright ‘ignored.’ Heck, even Trump himself has criticized both the regime for its ‘harboring’ of the 9/11 terrorists and Obama for bowing to the Saudi King in 2012.

So naturally, Trump brought in the reigns on his categorization of ‘Radical Islam’ (now ‘extremist ideology’), delivered an all-too diluted speech for his fervent supporters, accepted the Collar of Abdelaziz Saud from King Salmon, and capped it all off with a 10-year projected $350-billion arms agreement. In terms of his own campaign rhetoric, he therein delivered one of the most bamboozling if expected 180-degree turns in US history. On the other hand though, the Saudi press gave him and Melania glowing reviews. In the Trump book, this was therefore the best success ever achieved by a US president. 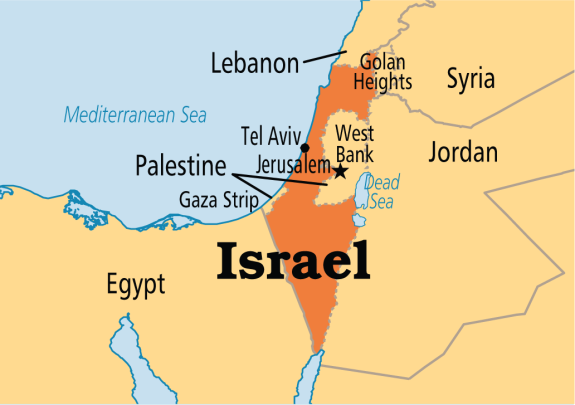 Not one to take a rest, Trump followed up his trip to the ‘Middle East’ with Israel, which is of course situated in the Middle East (although the President can’t be expected to know everything now, can he?) Unlike his previous foray however, which involved directly selling out any possible remaining US moral values, this was more of an exercise in tip-toeing delicate grounds- that is the whole Israel-Palestine thing. You see, it only became apparent to Trump in recent weeks that this decades-long tension wasn’t all that easy to solve (after a ten minute explanation). So this was going to prove a real test of diplomacy. Did he succeed? Let’s it put it this way- it was the least pugnacious part of his 9-day tour.

First, there was the media blitz that resulted when Melania swatted his hand away like some annoying fly- injecting life back into the widely held belief that she does not love him at all. We’ll just let that hang there…

Then it was off to meet Prime Minister Benjamin Netanyahu and visit the Western Wall in Jerusalem- without recognizing it as the capital. Pretty slick, right? Of course, this was a historic part of his venture as he became the first US president to actually go to this wall (though frankly he may just have a fascination with walls in general). He then visited the Holocaust Remembrance Center and left a less than eloquent note, akin to something you might find at Disneyland or in a year book: ‘It’s a great honor to be here with all my friends. So amazing and will never forget.’ Obama had written something far more eloquent back in 2008 about the great suffering endured all those years ago but he’s a bit of nerd at the best of times. Trump, unjustly hounded by the press at every opportunity, was merely expressing how awesome it was to have Tillerson and crew along.

It was in his speech that US foreign policy came to the forefront most clearly however and by clearly, I mean ‘vaguely’, as picked up by reporters on site. While reiterating their commitment to regional peace, he managed to avoid the question of recognizing Palestinian statehood and the possibility of an embassy move to Jerusalem from Tel Aviv (a campaign promise.) This meant that things, more or less, remained the same upon exit for his next stumbling block.

‘He’s something’ Trump said of the Pope, ever the linguist. Now, most of you have probably already determined that this meeting was exceptionally awkward. Exceptionally… Anyways, the two held a 30-minute 1-on-1 meeting in which issues such as Climate Change and terrorism were discussed. The former would haunt Trump the last few days of this sordid tour but the latter is perhaps one of his favorites. These two men naturally must have disagreed, given their polarizing alliances to God and the Devil, but they were nevertheless able to pose for a picture which speaks more words than any review ever could.

It was then on to the G7 Summit, the highlight of this entire trip. Again, there were the awkward faux pas- be it shoving aside other world leaders to get the front for a photo-op or engaging French President Macron in another one of those aggressive Smackdown handshakes. There was also the speech he delivered in which he chastised a majority of NATO countries for not investing enough of their GDP in defense, which he believed made them over-reliant on US military might. Where the real difficulty was always going to lie however was in Trump’s stance on the Paris Climate Accords, committed to under President Obama in December 2015. Long story short, he said he’d make up his mind sometime this coming week. The other world leaders were left in dubious doubt however, with German Chancellor Merkel eluding to the notion that Europe would have to endure on its own and that Germany could no longer ‘rely’ on Trump’s America. Upon departure, Trump told US naval sailors in Sicily that the 9-days been a ‘home run’. 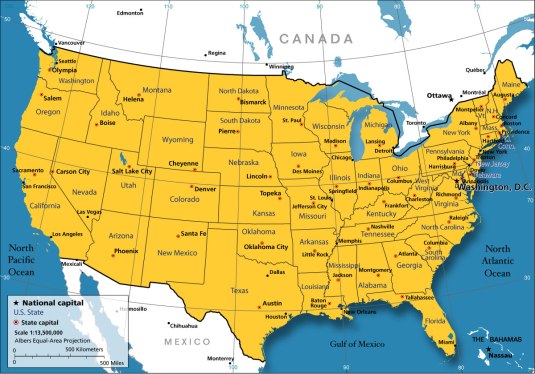 The media largely focused their attention on what was ‘awkward’ during these visits but a few talking points arose between the many reports given: the downplay of his Islamophobic rhetoric; the ‘America First’ policy on display; the reaffirmation of Gulf alliances; the growing division in US-European alliances; and the fact that Trump is still finding his footing on the world stage. For some, it was a meager lightweight trip that amounted to very little we didn’t already know before. For others, it was a calming reminder that Trump can restrain himself at times. For most, it was a meme-centric carnival of diplomatic embarrassment, the likes of which we will never see again until his next foreign escapade or Twitter-bowel-movement-tirade.