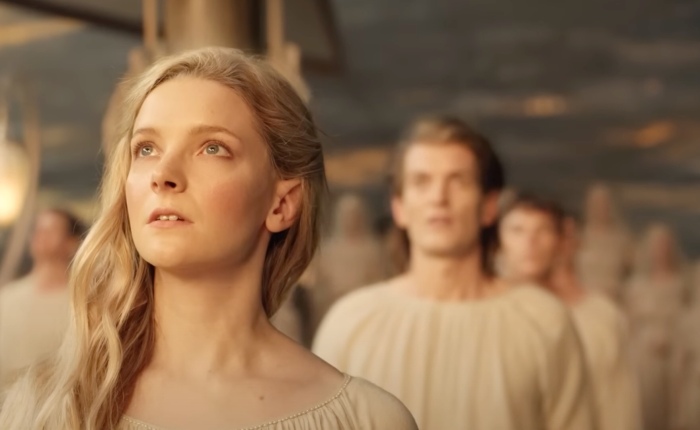 Reviews for the new Amazon Prime series The Lord of the Rings: The Rings of Power have been delayed by Amazon for up to 72 hours amid concerns of review bombing and trolling. Reports of racist and sexist attacks against the cast has ignited the usual Twitter foray of “forced diversity”, “wokeism”, and other tired generalisations pertaining to modern entertainment, with no nuance to be spared. But while these remarks have thankfully been denounced, a broader discourse on the nature of “toxic fandom” has emerged which adds an unfortunate but very much discernible crinkle to what one might expect of this subject.

This idea of “toxic fandom” has become prevalent in recent years, mostly due to the nature of social media amplifying the voice of disturbed passionate fans. Where the extremist fans were once left to toil away with their posters and toy collections, they now have an avenue for embracing their fellow comrades in arms and turning on them at the slightest criticism of the IP they love. We’ve seen this most notably with the Marvel Cinematic Universe, where the fandom has become divided over the old era output and more recent Phase 4 material. Perhaps a brief list of talking points will illustrate where the fandom gets imbued with toxicity:

These idiots kind of fans can usually be found on Twitter, where vitriol runs rampant more than any other social media but the discourse feeds into entertainment news too and colours the greater picture of toxic fandom. Now, to be fair, there are actual bigots criticising these shows and movies (as evidenced by the comments on Rings of Power and House of the Dragon) but in the chaos of the comments’ section, it becomes a lot easier to paint any criticism of these IPs with the broad stroke of toxicity, which brings us back to Tolkien.

Having watched three episodes of The Rings of Power, I deem it decent without being exceptional. The nature of my criticism may raise an eyebrow or two though because while I feel it is visually stunning, the characters are mostly dull and without personality. Especially the Elves. Now, because one of the leads is a female and because people on social media refuse context and reading beyond click bait headlines, this crictism could be rejected with a comment like “oh of course the man doesn’t like Galadriel doing everything Aragorn could” or something akin to that. It would even give me pause for thought because let’s face it, bigotry is embedded deep within our subconscious from an early age, in one way or another. Maybe there is a case to be made for traditional fans of fantasy (men, mostly white) having a blind-spot and actively trying to gate-keep a genre, without even releasing the extent of what they’re doing. It is genuinely a valid concern.

The question then arises as to where that leaves us however. We shouldn’t accept inferior art just because it promotes diversity or a particular ideology. That’s woefully condescending and allows any creators to invalidate criticisms without anything more than the label of “toxic fandom”. But we must also acknowledge that while not all modern criticisms lean towards toxicity, a fair number still do. We’ve seen this through review bombing of movies, books, and TV shows yet to even be released, like Star Wars: The Force Awakens (when the trailer showed a Black stormtrooper), Captain Marvel and She Hulk. We’ve seen this in the way fans of certain singers (Taylor Swift, Beyoncé, Harry Styles) react whenever someone criticises them in the mildest fashion (e.g. 24 writers credited to a recent Beyoncé song- you just don’t get it- Queen B knows what she’s doing). We see this through cult of personalities springing up around certain celebrities like Johnny Depp (and yes I know, Amber Heard was toxic but fans were willing to overlook every single dodgy thing Johnny did or sad with freakish devotion).

Toxic fandom is a thing; it’s just not everything though. And by denouncing large portions of a fan base, I don’t think Marvel or Disney or Prime will be doing themselves any favours. Rather, an open discussion is needed in order to articulate where valid criticisms differ from petty, tribalistic ones. Amazon can continue spending all the money in the world but it can’t buy the respect and devotion deservedly earned by JRR Tolkien and Peter Jackson before. (But look, I’ll keep watching.)