With the assessment of many analysts and key figures, including Obama, that fake news’ stories shared on social media played a role in the outcome of this election, it must be recognized that there has been a significant lapse in critical thinking in America. Think about it- when you scan your Facebook feed, do you stop to read each and every article shared or do you just scoop the headlines into the back of your mind. I’m guessing, like me, you do the latter because there’s only so much time in the day and most of these stories seem trite and annoying. What you don’t realize however, read or not, is that a general impression is formed in your subconscious, resulting in a predisposition that can’t often be accounted for personally. For example, in the election cycle, we heard from a lot of people that Hillary was “crooked,” but we rarely heard from most of them exactly why (at least, in detail.) This resulted in the mass insemination of a wild notion that while Trump was none too desirable, Hillary was “just as bad.” If only, we had questioned these people as well as ourselves… 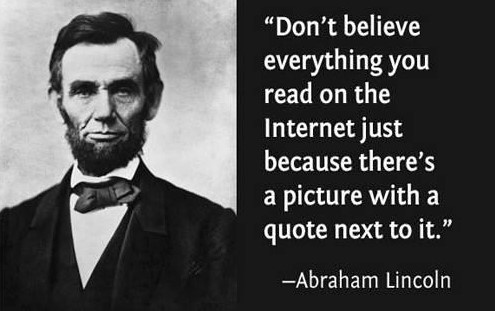 The media landscape has changed dramatically in recent years. Whereas Fox was always an anomaly in rationale prognosis, the other major networks such as CNN and MSNBC could be relied on, for the most part, to provide us with important news (if a bit left-leaning). Now, with the social media age, there’s so much flotsam out there that it’s become difficult to distinguish the bullshit from the professional and even then, the professionals get it wrong. (Thanks for those national polls, guys!)  Many people are quick to out the amateurs in the comments’ section but even there, the gulf between credibility and crazy is wide. Is Obama the hero so many have painted him to be or is he an Islamic fundamentalist determined to take America’s guns away and flush them down the toilet? At this point, the level 1 critical thinker might surmise that the answer always lies somewhere in the middle. It’s all about balance, right? Sadly, it’s not that easy either. Critical thinking does not mean delving a line in the center of a Republican and Democratic thought; it means examining the very fabrics and grounds on which arguments are created.

Let’s take a case in point to illustrate the importance of this evaluative method: the Iraq War. In 2003, America launched one of its most dodgy exploits to date with the invasion of the Kuwaitan neighbor. Most people will tell you it was a disastrous campaign that has brewed trouble for the world since and only a few less will further that the grounds on which it was built were dismally unfounded. To sharply dispel any immediate backlash, I am going to formally state first that I do not think this war was a good idea. What I am going to attempt to do however is add a wrinkle to the clear picture many people have of it.

It all started in 1991 when George Bush Sr. declared war on Iraq after the invasion of Kuwait, believing such acts of aggression could not be tolerated. The mission was simple; to restore Kuwait’s territory and drive Saddam’s forces out. After an extensive air campaign, the battle was short and sweet for America. The casualties were relatively low for them, victory was swift, and the president’s approval rating rose to 89%. For many however, Bush Sr. made a critical blunder in failing to follow on through to Baghdad and dispose the despot. He felt, in this scenario, there were no grounds for this course of action. And so order was restored seemingly though Saddam remained in power, violating UN sanctions placed over the course of the 1990s, with repeated reports of chemical weapons being used against his own citizens. 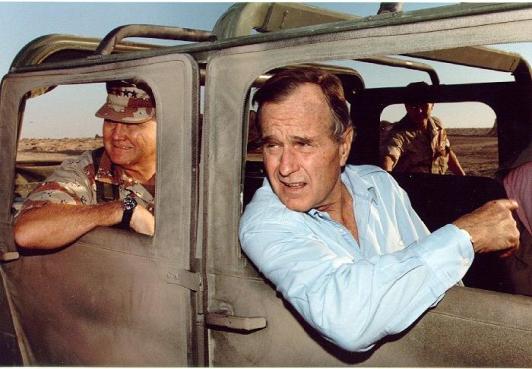 In 2001, the World Trade Centers fell and the Age of Terror took hold of America. Many argued at this point that Bush II set his sights on Saddam before Afghanistan (the Bin Laden problem) was even on the books. This is a leap for others. Here, I believe, the truth may actually lie in the middle as the Bush administration’s policy was clearly set after a ridiculously named “war on terror.” Iraq, W. argued, had to be seen in a different light in this new world context. Did it? Or had it merely become convenient for the Republicans to enact the invasion they had been plotting for years? It became very difficult for moderate thinkers to thread the line between a revived and fervent patriotism in the wake of 9/11 and the dissent of liberal caretakers, who opposed the idea of an American New World Order. Finally, of course, the date was set when W’s intel (a gut-wrenching use of the word) declared their belief that Saddam held weapons of mass destruction (or later, the “capacity” for such weapons). The rest of the story played out then quite clearly. The war began. The statue fell. Saddam was taken. The casualties mounted. They didn’t get out. A surge took place. An economy fell. Another man took office. They began to withdraw. Insurgencies rose. A new terror formed. 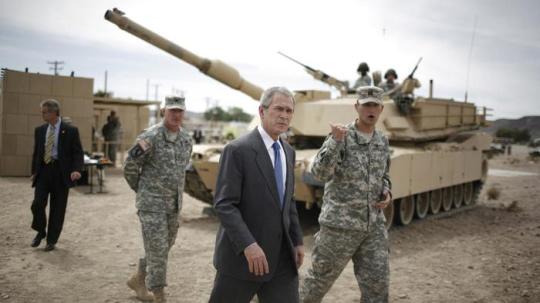 Iraq was no prime example of interventionist success but its significance was different to many people. Some believed it was the most unnecessary and immoral act America had committed its sights to since Vietnam. Some believed it was a necessary precaution to take in an era of heightened international tensions. It wasn’t right to let a man like Saddam lead a nation, in many people’s opinions. His absence created a void from which organisations such as ISIS would arise however. Hindsight is 20/20 as well. Great critical thinkers such as the late Christopher Hitchens, who often rejected well-revered establishment figures such as Henry Kissinger and their philosophies, felt that America’s commitment to the sanctions placed in the 1990s meant they should have taken action much earlier. Others then, will always contend, that it is not America’s right to dictate the rights of another nation. 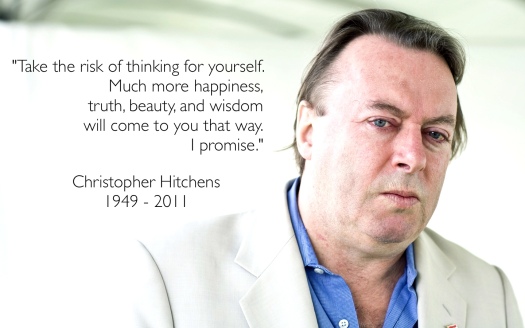 I chose Iraq as an example, not because I believe, it will mystify many who had blankly accepted it as a falsely premised war, but because it exemplifies the simplicity with which so many people view these matters. It’s important to question those who you have agreed with 99% of the time. It’s important to think on the other side once in awhile because while I reject the notion that sanity lies squarely in the center of the political aisle, I do believe that neither side has proven itself to always be on the right side of history. So with the dawn of a new dark era in America, let’s hope that people will begin to base their opinions on facts again and not just conjecture. 2016 marked a great lapse in logical and critical thinking for America, among other nations, because fear and anger fueled the fire. In 2017, let’s restore the approach (Nixon once noted) Eisenhower took to solving problems; through cold eyes.

One thought on “We Need More Critical Thinking”